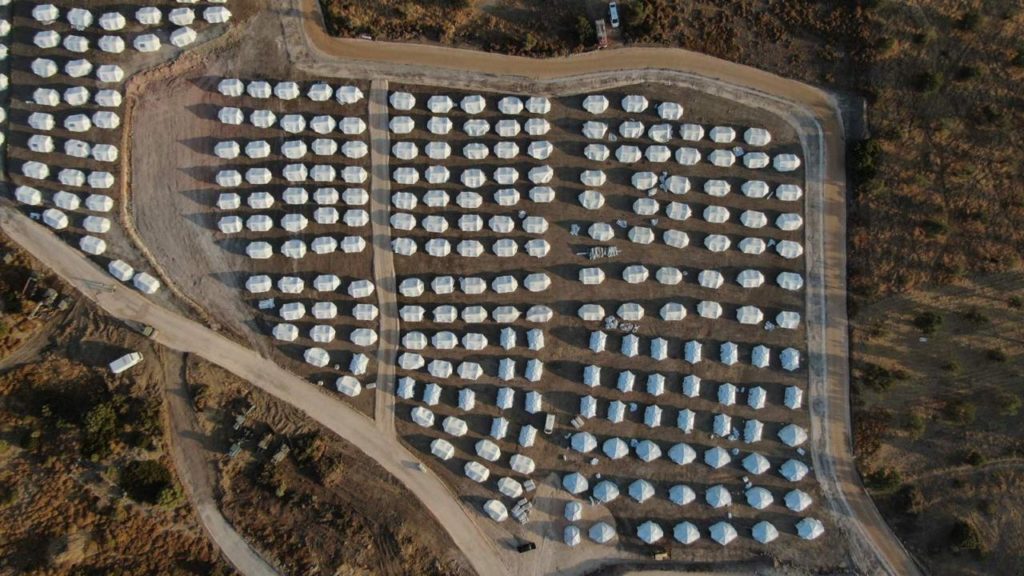 Response to press articles: below the internationally accepted lead levels the reception areas at the Temporary Camp in Mavrovouni - Lesvos

Following recent reporting about the possible presence of lead at the Mavrovouni camp, the Ministry of Asylum and Migration has obtained scientific data analysis from the site, and based on that data, has taken a number of immediate actions.

Mavrovouni camp was set up as a temporary emergency site to shelter more than 9000 asylum seekers and refugees, after the fires in Moria last September. The camp occupies an area of 341,000 square meters, 21,000 square meters of which were used in the past by the Greek army for shooting practice.

Given the emergency conditions under which the camp opened, and the previous use of the land as a shooting range preventative measures had been taken during the initial installation phase. These included:

On 24.11.2020 the Ministry, as agreed with the European Commission, commissioned an investigation into lead levels by the Hellenic Authority of Geology and Mineral Exploration, a scientific body with years of experience, expertise, and specialist staff at its disposal.

Whilst awaiting the results, the Ministry removed the remaining tents from the area of the shooting range as a precautionary measure.

The results of the soil sampling analysis, which was conducted under scientifically described international protocols, were received on 8.12.2020.

In response to the findings, further actions are to be taken. Specifically:

Upon completion of all work further inspections will be carried out on new samples to ensure that no one is at risk.

Meanwhile the Ministry of Migration and Asylum’s project to build a new RIC in Lesvos is underway.

So far, we are confident that our detailed evaluation of lead presence in the camp has not revealed levels that require special intervention or the revision of the construction plan. Onsite community engagement to reassure both refugees and workers will also be conducted.