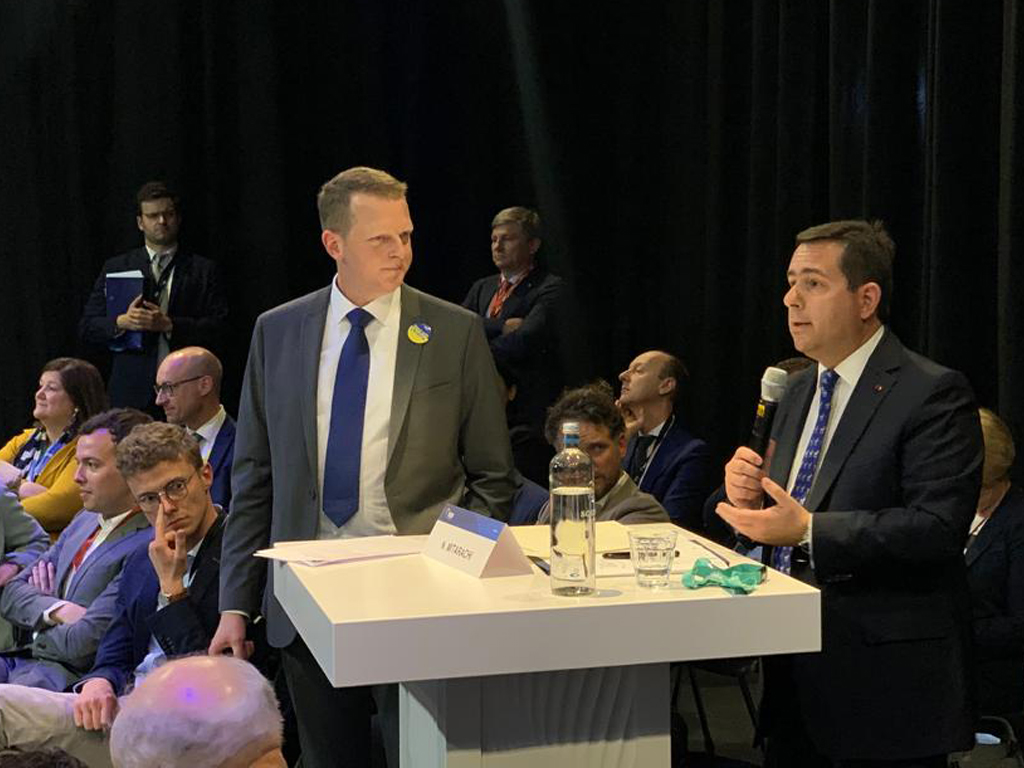 Ν. Μitarachi: "There are consequences for the sanctions we have imposed, but I am proud of that. We must send a strong message that we are here for Ukraine and for our common European democratic values."

The Minister of Migration and Asylum, Mr. Notis Mitarachi, participated in the works of European People's Party Congress, which took place in Rotterdam.

Mr. Mitarachi took part, as a keynote speaker, in a discussion on the issue of "Helping Ukrainian refugees - The road ahead"In his speech, the Minister of Migration and Asylum referred to the progress that has been made on the key issue of solidarity and stressed:

"“We have done more than solidarity. We have done much more than voluntary resettlement, we have abolished internal borders, we have said that Europe should be able, for those it considers to be entitled to protection, to be able to move freely within the European Union. That sets new standards now.”

Referring to the possibility of a new refugee crisis, Mr. Mitarachi did not rule it out and stressed:

"“It is very possible that we will have a new refugee crisis. I think we have to prevent it by providing support to those in need”.

In addition, Mr. Mitarachi spoke about the consequences of the European sanctions imposed on Russia, emphasizing:

“There are consequences for the sanctions that we impose, but I am proud of that. We must send a strong message that we are here for Ukraine and for our common European democratic values”.

During his visit to the Netherlands, Mr. Mitarachi had a bilateral meeting with the Dutch Minister for Migration, Mr. Eric van der Burg. The two sides exchanged views on addressing common migration challenges, negotiating a new European Migration and Asylum Pact and the French proposal for a step-by-step approach, as well as border protection. At the same time, they discussed the developments regarding the management of the flows of displaced Ukrainians in the EU.

The two Ministers agreed on the need to find common solutions to migration and to develop cooperation between the Member-States. After the completion of the talks, Mr. Mitarachi and Mr. Van der Burg ratified the new bilateral cooperation action plan in the field of protection of unaccompanied minors in Greece.

The action plan is an implementation of the Memorandum of Cooperation that the two countries have agreed since 2020 and provides support to the Greek authorities for the creation of safe housing for unaccompanied minors as well as for the development of guardianship for unaccompanied minors. The action plan was co-signed by the Deputy Minister of Migration and Asylum, responsible for integration, Mrs. Sofia Voultepsi.