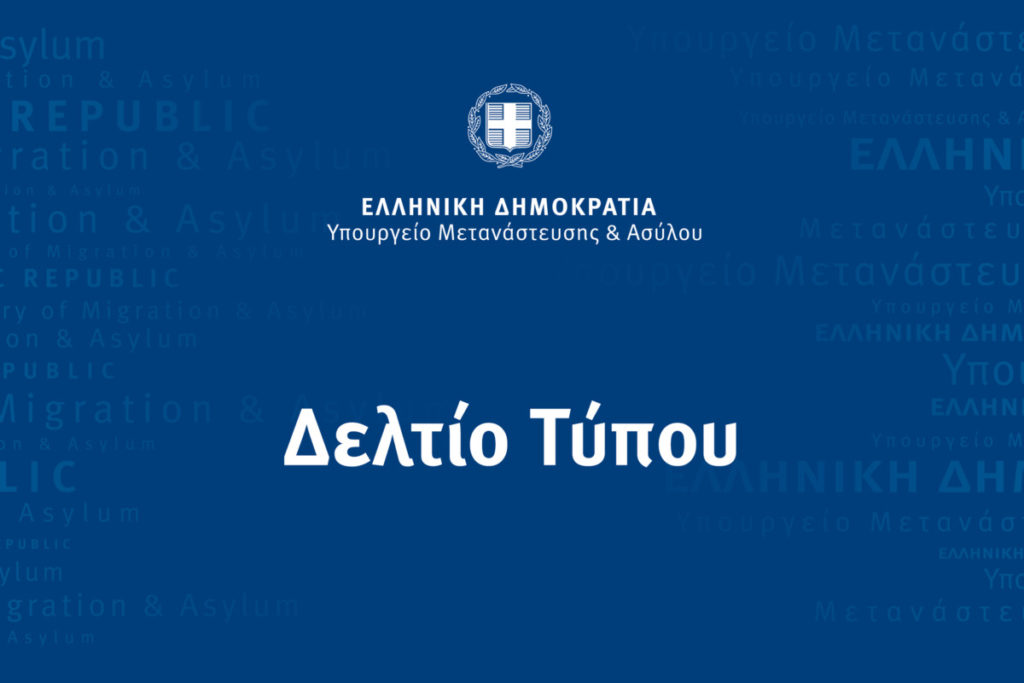 N. Mitarachi: "In 2022 we continue the strict, but fair migration policy that we have been pursuing for the past two years- Flows remain consistently low and decongestion is actualised, both in the islands as well as in mainland"

A decrease of 79% in the number of migrants on the islands is recorded in January 2022, compared to January 2021

The largest decrease is recorded in the migrants in Leros, which is of the order of 96%, followed by Samos with 88%, Chios with 84%, Lesvos with 76%, and Kos with 48%. It is worth noting the significant decongestion in the islands of the North Aegean as the migrants now constitute 1.36% of the population (2011 census) while in the corresponding month of 2021 they constituted 7.33%.

The total number of migrants in the territory in January 2022 is also reduced by 51% compared to January 2021.

After systematic efforts, in the first month of 2022, 600 people left for either Europe or third countries through the mechanisms of deportation, return and relocation of third country nationals, while 440 people arrived in our country, with the balance of departures / arrivals remaining positive.

In January 2022, a total of 31,508 asylum seekers resided in all centers managed or supervised by the Ministry of Migration and Asylum, while in January 2021, 63,915 resided.

The pending cases of the Asylum Service and the Appeals Authority (in A and B grade) record a decrease of 50%. The pending applications in A and B grade reach a total of 38,225 when in January 2021 it was 77,197.

The top three countries of origin of third-country nationals with valid residence permits are Albania with 62.8%, Georgia with 4.4%, followed by China with 4.0%.

The Minister of Migration and Asylum, Mr. Notis Mitarachi, stated:

"“In 2022, we continue to implement the strict but fair migration policy that we have been pursuing for the past two years. The migration flows remain consistently low, and decongestion is actualized, both on the islands and in mainland, with an emphasis now on the major urban centers. At the same time, we are promoting with determination the completion of the national reception system at the country's entry points. Our aim is to manage migration crisis in a way that will not affect local communities in a negative way.””