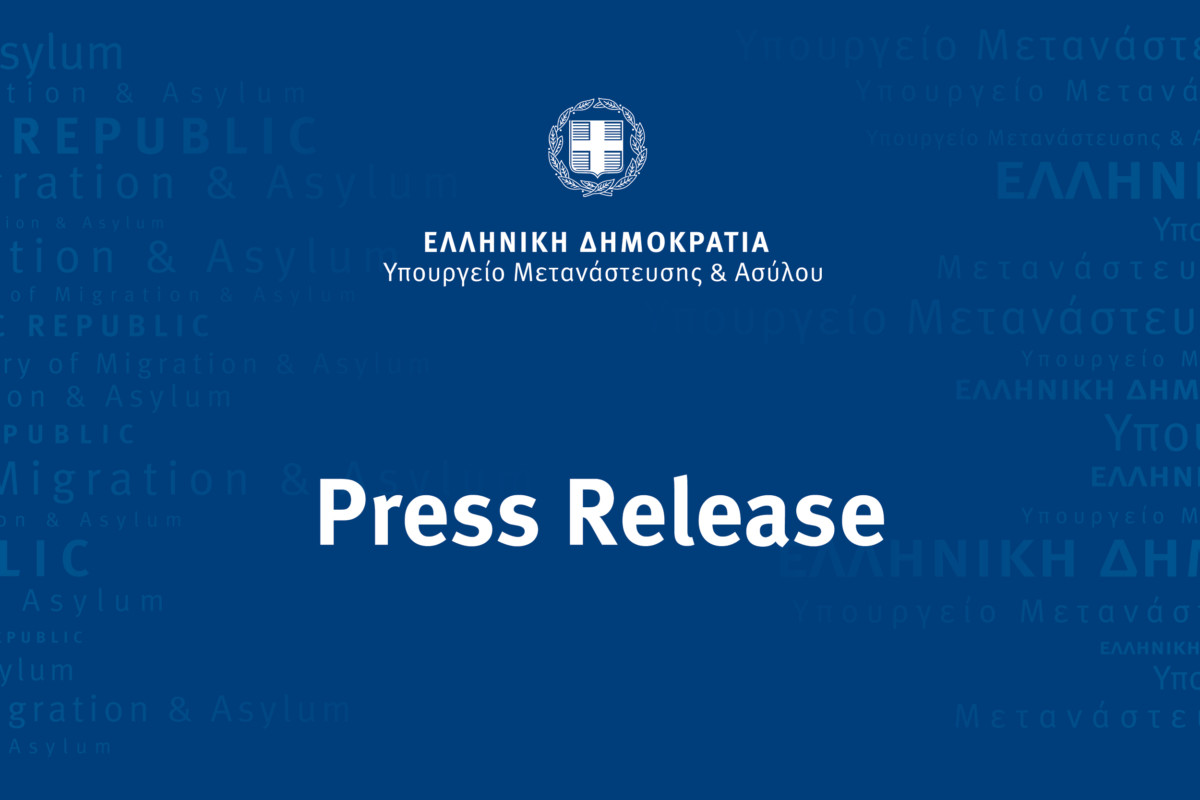 Notis Mitarachi: “Greece achieves the goals it has set, but cannot do it alone. Migration concerns the whole of Europe, it has multiple fronts, it needs practical solidarity between the EU member states and a fair sharing of the consequences."

A decrease of 78% in the number of residents on the islands is recorded in November 2021, compared to November 2020. The largest decrease is depicted in the residents of Leros which reaches 92%, followed by Chios with 90%, Samos with 88%, Lesvos with 74%, and Kos with 41%. It is worth noting the significant decongestion in the islands of the North Aegean as the residents now are the 1.45% of the population while on the same month of 2020 they were 7.73%.

More specifically, the number of people living on the islands in November 2021 is  3795. Out of them, 3,501 live in Reception Centers for Identification and 13 in other hosting facilities, the remaining 281 live, 93 in AT and PROKEKA of Greek Police, 188 in the facilities of EKKA.

The total number of residents in the mainland in November 2021 is also reduced by 57% compared to November 2020.

After systematic efforts, in the first eleven months of 2021, 10,623 people left for either Europe or third countries through the mechanisms of expulsion, return and relocation of third-country nationals, while 8,031 people arrived in our country, with the balance of departures / arrivals remaining positive.

The Minister of Migration and Asylum Mr. Notis Mitarachi, stated:

"At a time when migration remains a key issue throughout Europe, with multiple consequences, in Greece we have regained full control and are now showing positive results in all aspects. In addition to the flows that remain steadily reduced, decongestion is a fact in the islands of the North Aegean and throughout Greece. The camps are now 34 out of 121, the number of residents less than 38,000, when last November it was about 72,000 and the day of the elections, two and a half years ago, more than 82,000, while the pending asylum decisions are less than 42,000, when last year in the corresponding month was about 88,000. Our country's goal is, together with the visible results of our policy, to have practical solidarity between the EU member states and a fair distribution of the consequences. Greece is achieving its goals, but it cannot do it alone."