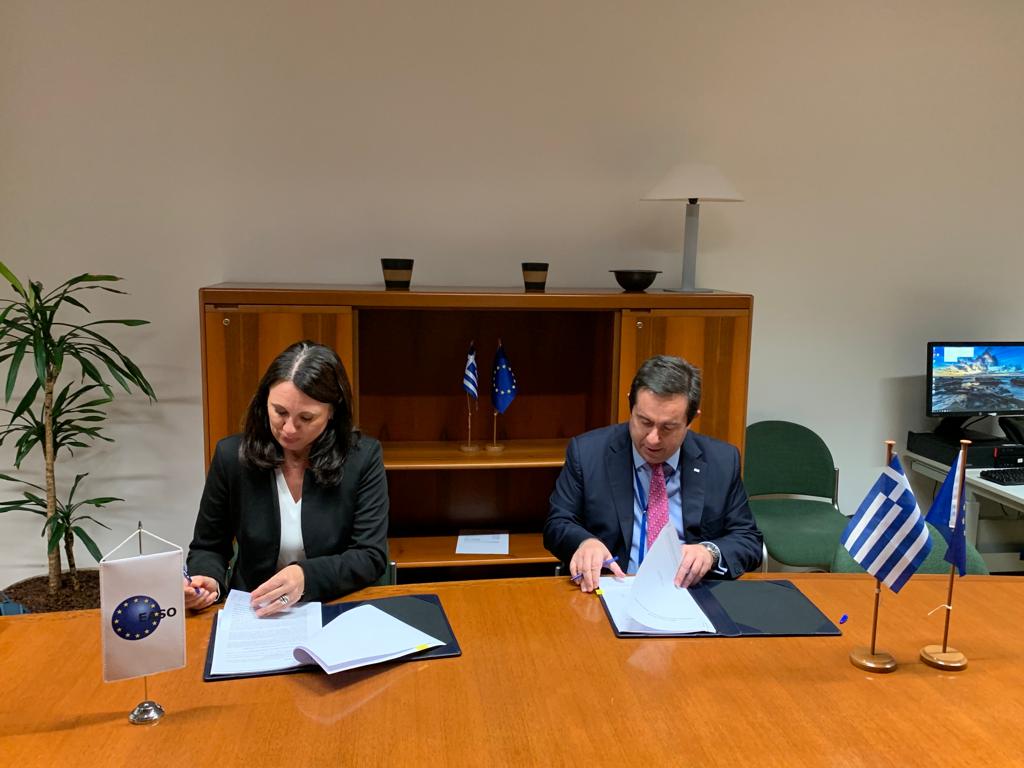 Notis Mitarachi: “Greece will continue to defend the need for an automatic and effective solidarity in migration, making it clear that we will not allow the Aegean islands and Evros to relive what they experienced in the past".

Brussels: Participation of the Minister of Μigration and Asylum, Mr. Notis Mitarachi, in the Council of the ΕU Ministers of Justice and Home Αffairs - Signing of the new EASO Business Plan for the years 2022 - 2024.

The Minister of Μigration and Asylum, Mr. Notis Mitarachi, participated today in the Council of the ΕU Ministers of Justice and Home Αffairs, held in Brussels.

The main topic of the meeting was the ongoing negotiations for the new EU Migration and Asylum Pact.

Right after the meeting, the Minister of Migration and Asylum, stated: "We discussed the issue of the instrumentation of migration, an event that Greece experienced first. Europe must respond decisively through the new Pact for Migration and Asylum to those who exploit human suffering for geopolitical and financial benefits, making European legislation stronger when dealing with such phenomena. We also discussed the progress of the negotiations on the new Pact, an issue on which we noted that we continue to find an imbalance between responsibility and solidarity. Greece will continue to defend the need for an automatic and effective solidarity in migration, making it clear that we will not allow the Aegean islands and Evros to relive what they experienced in the past".

Earlier on, the Minister of Migration and Asylum Mr. Notis Mitarachi and the Executive Director of EASO Mrs Nina Gregori signed the new Operational Plan of EASO of Greece for the years 2022- 2024

The new operational plan includes, inter alia, the continuation and reinforcement of EASO's scientific, technical, and operational support to Greece, from 1 January 2022 to 31 December 2024.

The Reception and Identification Service

• The Special Secretariat for the Protection of Unaccompanied Minors

• Theother relevant Directorates of the Ministry of Migration and Asylum

The Minister of Migration and Asylum, Mr. Notis Mitarachi, after thanking Mrs Gregori, for the contribution of the European Asylum’s Office for helping out the migratory situation in our country, pointed out that:

'’Maintaining and strengthening EASO's presence in Greece is of outstanding importance for the effective management of the migration-refugee situation in our country. The new plan is part of the framework of European cooperation, and the coordination of actions of European countries so that the migratory challenge, faced not only by Greece, as a frontline country, but by Europe as a whole, does not turn again into a migration crisis.''