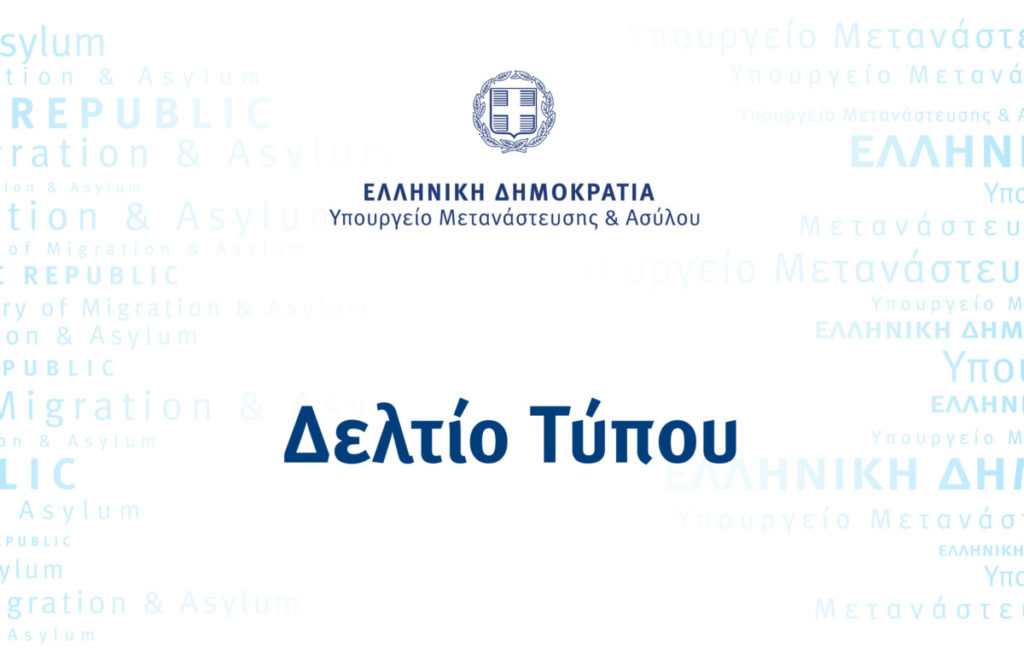 N. Mitarachi: “Emphasis on the big cities, Athens and Thessaloniki, during 2022 along with the competent Ministries, in the context of specific actions.”

A decrease of 79% in the number of migrants on the islands is recorded in December 2021, compared to December 2020.

The largest decrease is recorded in the migrants of Leros which reaches 96%, followed by Samos and Chios 88% , Lesvos 78%, and Kos 34%. It is worth noting the significant decongestion in the islands of the North Aegean as the migrants now constitute 1.36% of the population while in the corresponding month of 2020 they were 7.67%.

More specifically, the number of migrants living on the islands in December 2021 was 3,508. Of these, 3,216 live in migrants’ centers and 3 in other hosting facilities, the remaining 289 live, 106 PROKEKA of ELAS, and 183 in other facilities of EKKA.

After systematic efforts, in the first twelve months of 2021, 11,581 people left for either Europe or third countries through the mechanisms of deportation, return and relocation of third country nationals, while 8,745 people arrived in our country, with the balance of departures / arrivals remaining positive.

In December 2020, a total of 64,627 asylum seekers resided in all migrants centers managed or supervised by the Ministry of Migration and Asylum, while now, in December 2021, 32,647 resided.

The pending cases of the Asylum Service and the Appeals Authority (in A and B grade) record a decrease of 50%. The pending applications in A and B grade reach a total of 40,114 when in December 2020 it was 79,986.

Regarding legal migration, the residence permits of Third Country Citizens in force, in December 2021 amounted 693,517 increased by 36.4% compared to December 2020. The top three countries of origin of third country citizens with valid Residence Permits are Albania with 62.8%, Georgia 4.4%, followed by China with 3.9%.

The Minister of Migration and Asylum, Mr. Notis Mitarachi, made the following statement “Two years ago we aimed to reduce the flows and the effects of the migration crisis, in the local communities. Today, two years later, the tangible results of this policy allow us to look citizens in the eyes. Flows remain consistently low and decongestion is a reality. Both in the islands and in the mainland we closed 86 centers and the existing ones operate at half capacity. In 2022, we are now emphasizing the big cities, Athens and Thessaloniki, together with the competent Ministries, in the context of specific actions. We continue with determination and dedication to complete the national reception system. We continue our strategy, it needs huge attention and dedication, so that we do not relive the crisis of the SYRIZA period. To leave migration behind us for good, the practices of previous years must not stand in the way of a better future."