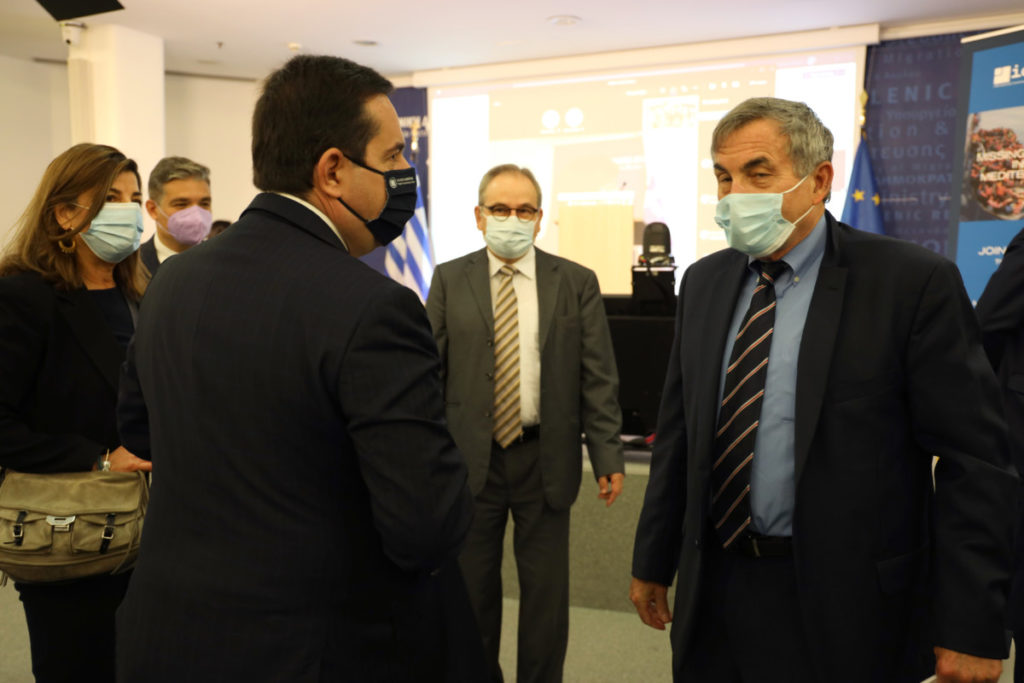 N. Mitarachi: "For the Mediterranean countries, located at the external borders of the EU, the fight against criminal networks of trafficking is a top priority"

Participation of the Minister of Migration and Asylum Mr. Notis Mitarachi in the 3rd meeting of the Joint Process to Account for Missing Migrants in the Mediterranean Region under the auspices of the ICMP (International Commission on Missing Persons)’’

The 3rd meeting of the Mediterranean countries - Greece, Italy, Cyprus and Malta - took place in Athens, in the presence of the Minister of Migration and Asylum, Mr. Notis Mitarachi, and the former US Ambassador to Greece, Mr. Thomas Miller, - current Chair of the ICMP. The meeting was under the auspices of the International Commission on Missing Persons, on the subject "Accounting for Missing Migrants in the Mediterranean Region".

Aim of this common initiative is the coordination of the authorities of Cyprus, Greece, Italy, and Malta in order to enhance their national capabilities for identifying missing migrants.

This could be done by applying expertise and resources through collective and centralized databases. This becomes a priority given the fact that throughout the last 7 years, at least 23,000 migrants have lost their lives or gone missing, while trying to reach Europe.

In his speech, Mr. Mitarachi stressed that more Mediterranean countries should participate in this initiative since these countries

‘’ have witnessed throughout these years that crossing the Mediterranean by small and most often unseaworthy boats is indeed a risky endeavor. People are encouraged by smugglers for their own financial benefit. In this regard, for us, the Mediterranean countries, at the external borders of the EU, fighting criminal networks of smuggling and human trafficking that promote these dangerous and life-costing journeys has become a top priority.’’

Referring to the continuous and intensifying efforts of Greece to deal with illegal crossings, Mr. Mitarachi pointed out that

‘’Greece spares no effort to tackle illegal crossings and is implementing an effective border protection policy both at land and at sea, a policy which in fact prevents effectively further loss of life.’’  Thanks to the relentless efforts of the Hellenic Police and the Hellenic Coastguard, stated the Minister of Migration and Asylum ‘’our policy bears its fruits: during the current year only 19 fatalities and missing persons have been registered in the Eastern Mediterranean. A record low, compared to 71 in 2019, 187 in 2018 and 701 in 2016.Many more in 2015 at the peak of the migration crisis. Regrettably the situation in other parts of the Mediterranean appears worse as 1.178 dead and missing persons are registered this year ,in the Central Mediterranean and 391 in the Western Mediterranean."

Finally, Mr. Mitarachi congratulated the Chair of ICMP, Mr. Miller and his team for their efforts to develop a central, shared data system capability for the Mediterranean countries and support them in complying with domestic and international legislation.